Maven Lighting was born when 2 brothers broke away from a franchise and opened their own company. They had the knowledge, clients, and infrastructure but were in need of a logo and brand.

Originally, a different, very generic name had been picked but we decided it wasn’t quite right. After much back and fourth, the name Maven Lighting came to be.

With a solid name, we turned our focus to a logo that had an icon, could hold it’s own in the construction industry, and relayed the message of being helpful, friendly, and obtainable. A color scheme representative of the lumens scale, which is the measure of visible light from a light source, was used.

When designing the business cards, letterhead, and envelope an element from another loved logo concept was use. We used the mix between the peaks of a building and light shining down to form the letter M, as a light shadow in the background. 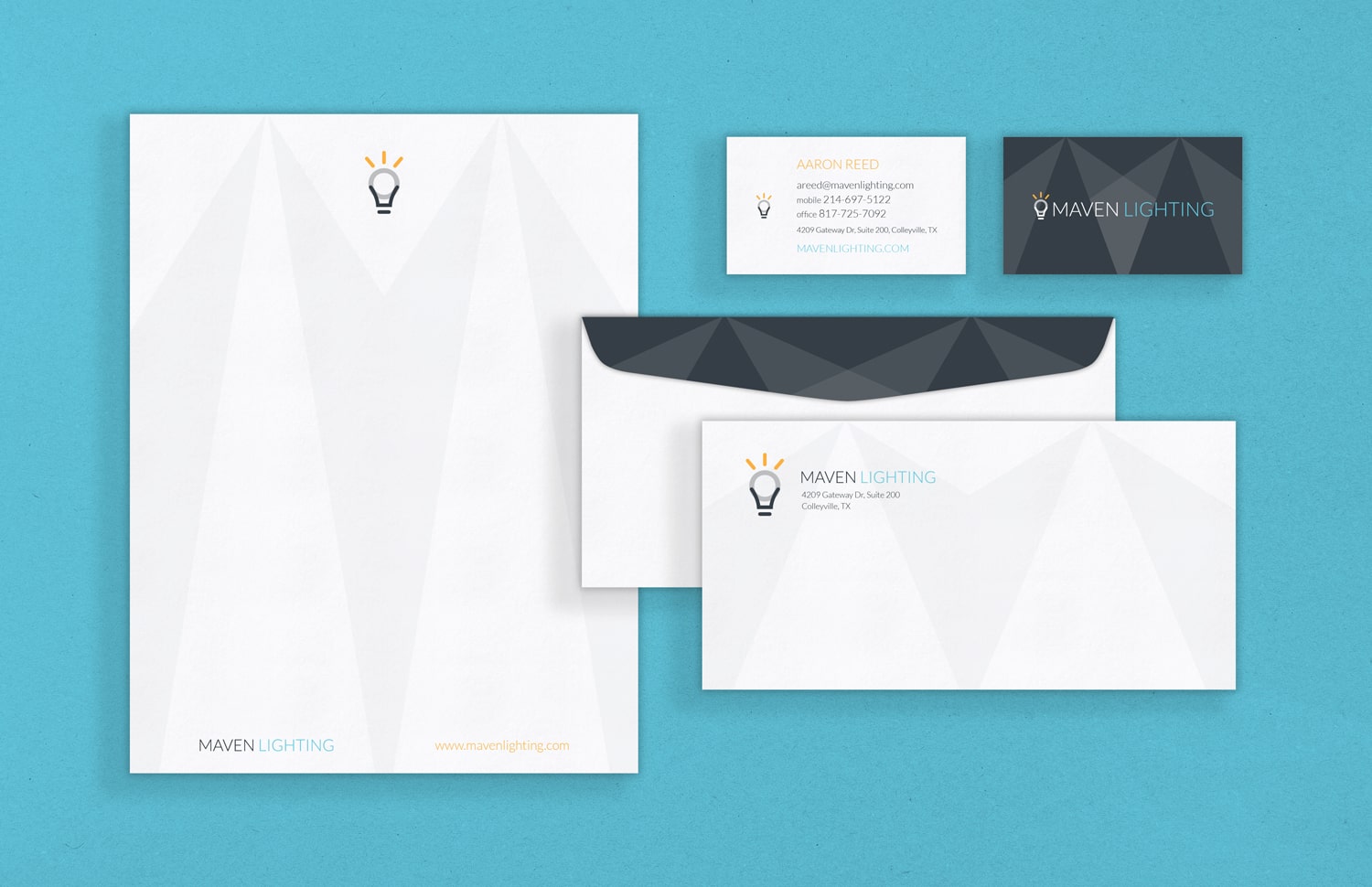